The Cabaret is celebrating its 10th Anniversary season with some of the most highly acclaimed acts in the nation. The line-up for Winter/Spring 2019 includes a Grammy Award winner, the voice of two beloved Disney princesses and four Tony Award winners.

“We’ve come a long way since presenting shows in the 90-seat venue at The Connoisseur Room,” said Artistic Director & CEO Shannon Forsell, who led the restructuring of American Cabaret Theatre to The Cabaret ten years ago this March. “When we first started, we had no idea that we would be selling out nearly every show in an award-winning venue that rivals the best cabaret rooms in the country.”

As part of their expanded programming in a new venue, The Cabaret has introduced performance series so audiences can easily find the performances that best suit their fancy. The Glick Philanthropies Broadway at The Cabaret Series features the best in Broadway stars’ solo cabaret acts. This season begins in February with two of Broadway’s hottest names: Tony Award winner Gavin Creel (Hello, Dolly!, Book of Mormon, Hair) and three-time Tony nominee Joshua Henry (Hamilton, Carousel, Violet.)

The Jazz at The Cabaret Series highlights an art form, celebrated as one of America’s greatest legacies, with performances by world-renowned artists. Within the cabaret genre, Jazz melds histories, traditions, improvisation and experimentation in order to express the most fundamental conditions of the human experience.

The series kicks off with Capathia Jenkins, who collaborated with celebrated composer Louis Rosen to turn works of famous black poets such as Maya Angelou, Nikki Giovanni and Langston Hughes into melodies that blend jazz, pop, folk and soul. After taking home a Grammy Award for the Best Jazz Vocal Album of 2018, Cécile McLorin Salvant will spend two nights mesmerizing audiences with her unique spin on jazz standards.

The Tom Murphy Next Generation Series spotlights students and aspiring artists. The Cabaret will be adding a European cabaret series later this summer.

Each performance is accompanied by a full dinner service, beer, wine and craft cocktails provided by The Jazz Kitchen. Tickets will go on sale to the public on January 15 at 10 AM – online or by calling 317-275-1169.

The Cabaret kicks off its 2019 season with one of Broadway’s hottest stars.  Tony Award-winner Gavin Creel will perform his interpretations of Broadway classics and share stories from his prolific career during an intimate evening of music.  Creel most recently starred in the Bette Midler-led revival of Hello, Dolly!, for which he won the Tony for Best Featured Actor in a Musical.  He also earned Tony nominations for Thoroughly Modern Millie – where he played opposite Sutton Foster, the revival of Hair, and She Loves Me.  After touring as Elder Price in the national tour of The Book of Mormon in 2012, Creel led the musical in London (and earned a 2014 Olivier Award for it) before joining the Broadway company in 2015. He also played Bert in the West End’s Mary Poppins.

An Evening with JOSHUA HENRY

Three-time Tony nominee and star of Hamilton and Carousel, Joshua Henry performs an intimate evening of Broadway and soul classics.  Henry will share “unplugged” interpretations and musical mashups from some of his favorite musicals as well as soulful originals, R&B and more.

Henry made his stage debut as Judas in Godspell at the Paper Mill Playhouse, followed by his Broadway debut in In the Heights.  After playing Favorite Son in American Idiot, he gave Tony-nominated performances in The Scottsboro Boys and Violet. He also appeared in the Broadway revival of The Gershwins’ Porgy and Bess,  Bring It On the Musical and Shuffle Along, alongside Audra McDonald.  He most recently starred as Aaron Burr in the Chicago, San Francisco, and Los Angeles companies of the hit musical Hamilton.  On screen, Henry is remembered as Jennifer Hudson’s fiancé in Sex and the City.

An Evening with LINDSAY MENDEZ

After taking home a Tony Award for her work in the Broadway revival of Carousel, Lindsay Mendez brings her solo show to The Cabaret.  Known for her tremendous, roof-raising voice and searing stage energy, Mendez will share golden age Broadway favorites you’ve never heard her sing, beloved tunes from her collaborations with current musical theatre writers and more.  Mendez has appeared in numerous Broadway shows including Significant Other, Wicked, Godspell, Everyday Rapture and Grease.  Mendez is celebrated for her star turn in Pasek & Paul’s Dogfight, which premiered at Second Stage Theater in 2012, where she earned Drama Desk, Outer Critics Circle, and Drama League Awards nominations.

Jazz at The Cabaret Series

She is a jazz/pop vocalist and Broadway star. He is a multi-award winning songwriter, guitarist and pianist. Together, Capathia Jenkins and Louis Rosen are breaking new ground in with a mix of smart, pitch-perfect-to-the-moment songs from their four recent albums, including their latest disc, Phenomenal Woman: The Maya Angelou Songs. Whether the words are by African-American icons such as Maya Angelou, Nikki Giovanni, Langston Hughes or Rosen, the music offers a unique and thrilling blend of jazz, blues, soul, folk and pop styles. These songs trace the broader patterns of life – love, politics, loss, family, choices, memory and the passage of time.  Jenkins and Rosen are hot, cool and irresistible.

Jenkins starred on Broadway in Newsies’, The Civil War, The Look of Love, Caroline, or Change and in Martin Short-Fame Becomes Me. The recording of Phenomenal Woman: The Maya Angelou Songs marks the completion of the recording of Rosen’s Black Loom Trilogy, three song cycles composed for Jenkins on the poems of three major African-American writers. Rosen also  has three solo recordings and has scored 30 theatrical productions on and off Broadway.  He was awarded a Guggenheim Foundation Fellowship in Music Composition.

Jazz at The Cabaret

Spend an intimate evening with two of the most celebrated stars in jazz today:  jazz vocalist and Grammy-winner Cécile McLorin Salvant and acclaimed pianist Sullivan Fortner.  Salvant has been called “the finest jazz singer to emerge in the last decade” and sings with a soulful expression that inhabits the songs the way an actress embodies a character. With elegance, poise and boundless soul and sensuality, she is quickly becoming a leader of her generation by inspiring a new audience to discover the joy of jazz.  Her most recent album, Dreams and Daggers won the 2018 Grammy for Best Jazz Vocal Album. Fortner is an American jazz pianist, composer, and the 2015 winner of the American Pianists Association Cole Porter Fellowship in Jazz.

Don’t miss this rare intimate appearance by international superstar and Broadway legend, Lea Salonga.   Known across the world for her powerful voice and perfect pitch, Salonga is best known for her Tony Award-winning portrayal of Kim in Miss Saigon.  She starred as Eponine in Les Misérables and returned as Fantine in the revival in addition to starring in the 10th and 25th Anniversary Concerts filmed and recorded for PBS. Lea’s other Broadway appearances include Flower Drum Song, Allegiance and, most recently, in the acclaimed Broadway revival of Once on This Island.  Fans also recognize Salonga as the singing voice of Princess Jasmine from Aladdin and Fa Mulan for Mulan and Mulan II. For her portrayal of the beloved princesses, the Walt Disney Company bestowed her with the honor of “Disney Legend.”

An Evening with ANNALEIGH ASHFORD

Described as “luminous” and “a sly comic genius” (New York Times), Broadway favorite Annaleigh Ashford has thrilled audiences in Sunday in the Park with George, Kinky Boots, and You Can’t Take It With You, for which she won a Tony Award. She also earned television fame with critically acclaimed turns on Masters of Sex and American Crime Story. Ashford brings her stunning vocals and comic verve to The Cabaret for an evening of classic cabaret not to be missed!

Ashford’s other Broadway credits include Sylvia, Rent, and Legally Blonde.  Her acclaimed cabaret show was recently filmed on PBS as part of the Emmy Award-winning series Live from Lincoln Center.  She is currently working on the feature Bad Education with Hugh Jackman and Allison Janney, the upcoming Netflix series Unbelievable starring Toni Collette and Merritt Wever,

The Cabaret’s discount ticket program for patrons under 35 has expanded through a partnership with Buckingham Companies. Members will receive 25 percent off per ticket, a free glass of champagne at their first show, and opportunities to network with fellow young professionals and cabaret enthusiasts. To learn more, and sign up for this free program, visit thecabaret.org/sophistitix.

College students (with valid student ID) can purchase tickets for $25. Student tickets must be purchased by calling the box office. Single ticket sales begin January 15 at 10 AM. 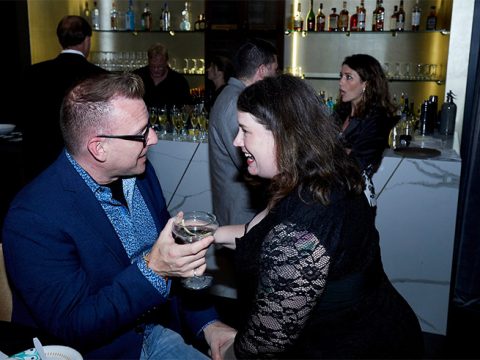 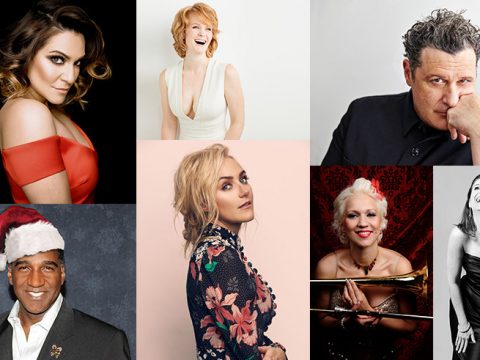